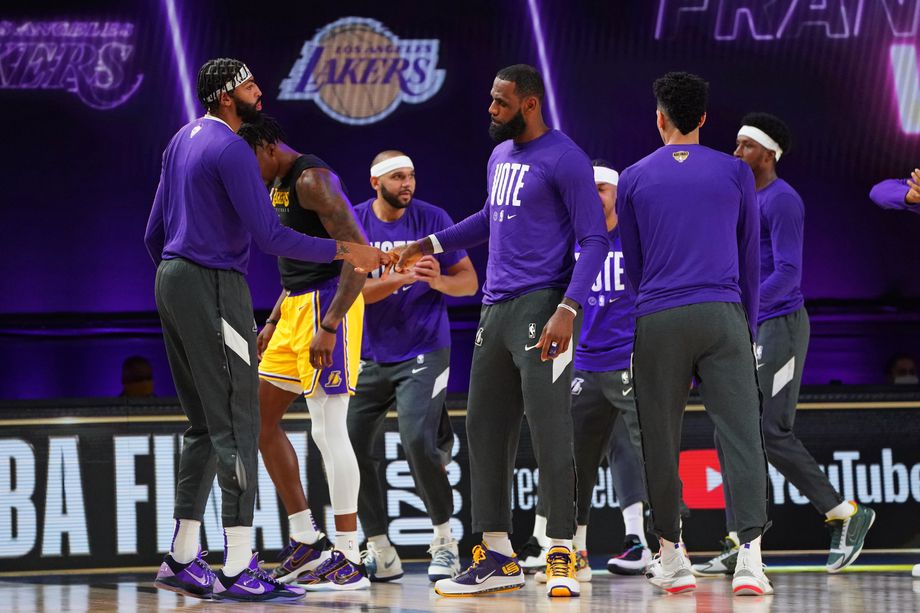 Regarding James’ “we are not jealous of each other” remarks, Davis said: “When the trade happened, I never had that kind of thought. I don’t jealous of him, he is not jealous of me, I think this is on the court. Show it. When there are two leaders on the team, jealousy always breeds, but when you have two very selfless players, two players who are very eager to win, our desire to win is In this way, the rest will dissipate and let the flow go."

"We have never had jealousy in our team. It has never appeared in anyone. Everyone is extremely excited for other teammates. When someone on the team gets an award, our team is the first to come forward and congratulate. No matter what When we see this situation, we will bring it up, whether it is after the game or in the video conference. But no one is jealous of each other." Davis said.

When asked about his jealousy of James, Davis said: "He has a ring. But he promised me about it. So far he has kept his promise. So I hope I won't be jealous of that thing for too long. I think Win, and he has three rings, so that must be one thing I am jealous of him."

"We are responsible for each other. When we watch the video, even during the game, if I do something wrong, he will tell me. If he did something wrong, I will tell him," Davis said, "I think This is why we work because we know that we can trust each other to make interpretations and decisions. We can talk to each other."